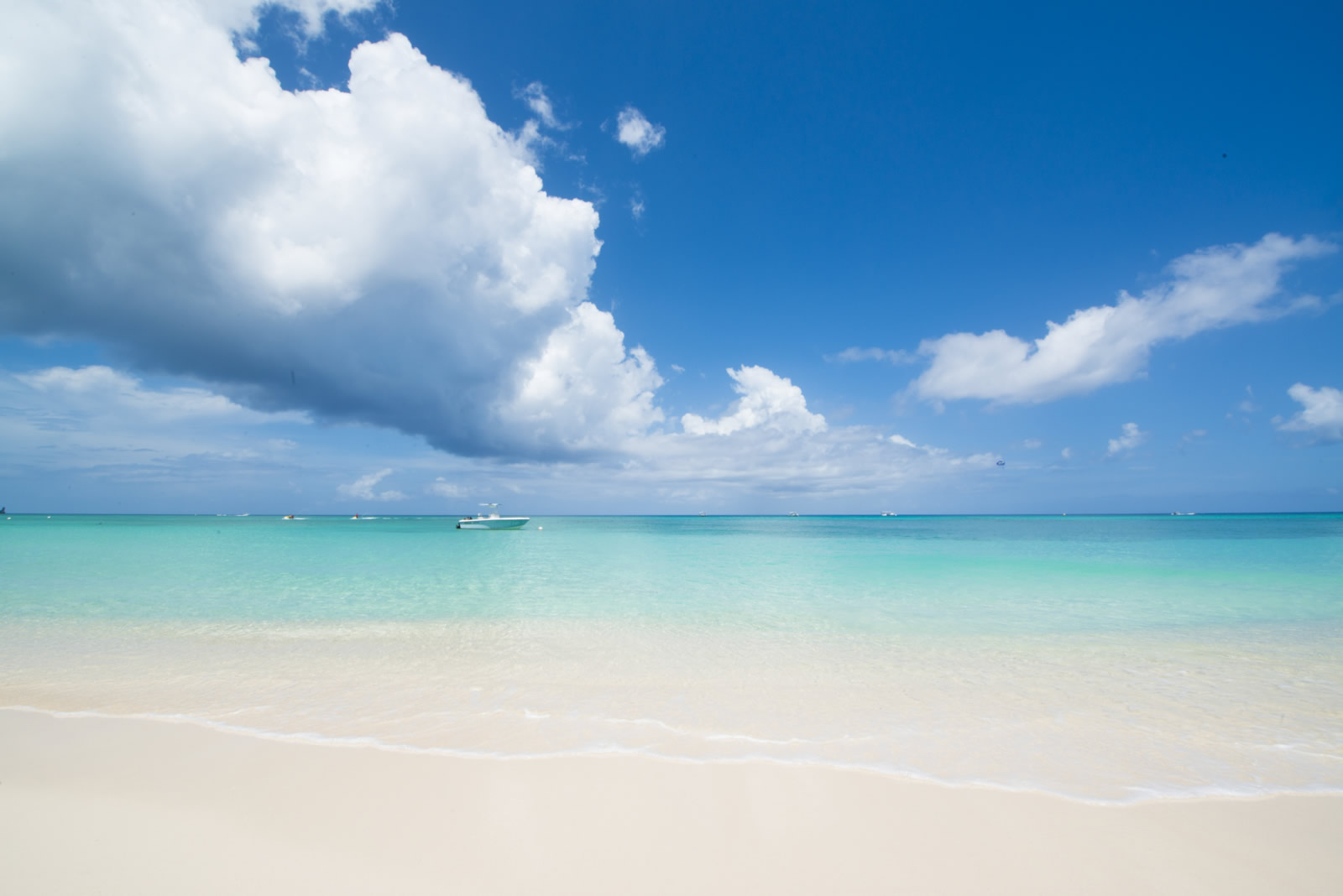 If you’ve taken a walk recently down Seven Mile Beach, you will undoubtedly have noticed the amount of beach erosion that has become the norm rather than the exception. In this article I explore what coastal erosion is and its financial impact, what’s happening on Seven Mile Beach, as well as explore some ideas that might help not only combat further erosion but replenish what we’ve lost.

What is coastal erosion?

Coastal erosion is the process by which local sea level rise, strong wave action, and coastal flooding wear down or carry away rocks, soils, and/or sands along the coast. All coastlines are affected by storms and other natural events that cause erosion; the combination of storm surge at high tide with additional effects from strong waves—conditions commonly associated with landfalling tropical storms—creates the most damaging conditions. The extent and severity of the problem is worsening with global sea level rise, but it differs in different parts of the world, so there is no one-size-fits-all solution.

The financial impact of coastal erosion

In the United States, coastal erosion is responsible for roughly $500 million per year in coastal property loss, including damage to structures and loss of land. To mitigate coastal erosion, the federal government spends an average of $150 million every year on beach nourishment and other shoreline erosion control measures.[i]

Everyone knows that Seven Mile Beach is the jewel in the crown for Grand Cayman. It is where most of the major hotels are located and where hundreds of thousands of visitors come every year. The beauty of Seven Mile Beach often ranked one of the best beaches in the world is what sets us apart from many other islands in the Caribbean. Without it or with a very pared down version of the beach due to coastal erosion our islands could lose tens of millions of dollars in related revenue.

The tourism industry typically contributes 20-25% to our country’s GDP. Between 2015 and 2019 the sector was growing at an average of 9.7% each year, often outpacing regional forecasts. The Cayman Islands average daily hotel rate was one of the highest in the Region.[ii]

The erosion of Seven Mile Beach in any substantial fashion would be catastrophic to the Cayman Islands. The domino effect will impact every sector of our economy and almost every person living in our islands including tour operators, restaurants, local businesses, and of course the real estate market.

Although not the majority of property owners, many people who own real estate in the Cayman Islands have property here as second homes and/or investment properties with many of those especially among high net worth individuals along Seven Mile Beach. Without Seven Mile Beach, people will not want to own properties along that segment because what they purchased them for – the beach – is no longer there and visitors won’t want to come and visit and stay in these condos on the beach for the same reason.

I cannot stress this enough. The impact of continued coastal erosion along Seven Mile Beach will have an irrevocable negative impact on Grand Cayman.

If you are interested in learning more about how coastal erosion works look at this video from a professional civil engineer.

An article “Interactive: The shifting sands of Seven Mile Beach” published by the Cayman Compass on October 12 shows the impact of seasonal storm and wave action along Seven Mile Beach.

Shot by the Department of Environment in May and September of this year the drone photography shows how one storm can have a major impact. These photos were taken when actions from the storm were still in effect as you can clearly see by the colour of the water in these photos. It’s important to keep in mind that since then some of the beach has indeed come back because we had a short nor wester no long after.

Beaches are supposed to shift. The idea of a fixed coastline is a human concept, not a natural one. In fact, The Tides located on a jutting elbow of land as you turn the corner from George Town on to South Sound, is at the conflux of two ‘sand transport’ systems and sees particularly dynamic changes throughout the year.[iii]

The construction of buildings, swimming pools, seawalls and decks on the beach side of the natural vegetation line has artificially firmed up the contours of the island in a way that interrupts that natural process, Department of Environment deputy director Tim Austin told the Compass. While it is normal for storms to give sand and to take it away, there has been more taking that giving in recent times.[iv]

A seawall or a pool constructed on the active beach can cut off the sand supply landward of that structure. That effectively removes sand from the system and exacerbates erosion seaward of the structure.[v]

It is obvious from the images in the Compass article above that many developments along Seven Mile Beach have been greatly impacted by beach erosion. It would be easy to point the finger at those who developed those properties, but we all have to remember several things.

One, every single one of these properties could not have been built without approval by Planning and the Department of Environment from when it was formed. At the time these properties were developed, some as early as the end of the 1970s, we were not only not seeing this kind of beach erosion but did not anticipate this type of erosion in the future.

And two, the overall beach erosion we are seeing now is unprecedented. Yes, we’ve had storms that have pulled out the sand, but others brought them back but as the distance between the shoreline and the structures gets narrower and narrower the amount of beach being replaced is not happening like it has in years past when many of the properties in the photos above were originally built.

It is unrealistic to think that the current properties on Seven Mile Beach should all be taken down and moved further away from the coastline.

The Department of Environment advises that properties should be set back at a minimum of 130 feet from the high water mark but argues that greater setbacks are appropriate in some areas. However, many properties have already been built in that zone.[vi]

Royal Palms Beach Club on Seven Mile Beach has completely fallen into disrepair and has little to no beach. It’s important to note, as many of you will remember walking from Royal Palms for the Breast Cancer Foundation’s annual Light up the Night event, this wasn’t always the case. Royal Palms was officially closed in 2020 after 22 years. This structure stood for 22 years and it has only been the last few years that the beach erosion has become so severe.

As I stated in a previous article, right now, it could be argued that we don’t have a development plan and that our islands are rapidly developing without one. The last development plan for the Cayman Islands was created back in 1997. That is 25 years ago. That very outdated plan remains the current plan although there have been attempts to update it over the years.

Without a clear development plan which considers not only the country’s housing and infrastructure needs coupled with measures to alleviate further coastal erosion, among many other factors, we are all flying blind. Decisions are being made on a case-by-case basis and what is approved for one development may not be for another. Something that was approved for development along the coastline even a year ago could have a huge negative impact on the coastline in a year or 5 years or more.

Unfortunately, there is no easy way to replenish the beach we have already lost and every option to do so is both costly and not a one-time-fixes-all solution.

In the past, protecting the coast often meant “hardening” the shoreline with structures such as seawalls, groins, rip-rap, and levees. As understanding of natural shoreline function improves, there is a growing acceptance that structural solutions may cause more problems than they solve. Structural projects interfere with natural water currents and prevent sand from shifting along coastlines.[vii] Seawalls are common place along most if not all of our canals, but obviously this solution would not work along Seven Mile Beach.

Unlike structural projects, nature-based or “green infrastructure” protection measures enhance the natural ability of the shorelines to absorb and dissipate storm energy without interfering with natural coastal processes. The more space we can create between the sea and structures protects structures during hurricanes.

One common strategy for dealing with coastal erosion is beach nourishment—placing additional sand on a beach to serve as a buffer against erosion or to enhance the recreational value of the beach. Adding sand to a beach does not guarantee that it will stay there. Some communities bring in huge volumes of sand repeatedly, only to see it wash out to sea in the next season’s storms.

Here is another video about a nearly nine-mile long beach nourishment project in Sand Key in Florida.

Of course, I’m not saying that what worked on the Gold Coast or Sand Key will work on Seven Mile Beach. Addressing the erosion of Seven Mile Beach and developing a plan to prevent further erosion and hopefully bring back some if not most of the beach, will be a multi-faceted and very expensive undertaking.

Government plans to allocate $21 million over the next two years for a project to restore a large stretch of lost sand at the southern end of Seven Mile Beach. Many of the technical details remain to be worked out and the $1 million allocated for 2022 is expected to cover a business case and feasibility study for the work. An additional $20 million has been allocated for 2023 when the project, if approved, is expected to get under way.[viii]

A specific action plan taking into consideration all aspects including the environmental impact will need to be developed. As one of the top scuba diving destinations in the world we need to ensure whatever measures are taken protect our surrounding reefs and ocean wildlife.

Beach nourishment is not a one-time fix all solution. In many areas such as Virginia Beach in the US a beach nourishment project appears to happen every 5-7 years and is largely funded by the federal government, but inaction is more costly than taking action.

It is important for the economy of our islands, and all related businesses including real estate, to develop and implement a plan that focuses on the erosion of Seven Mile Beach and knowing the government is already focused on this is a huge step in the right direction.