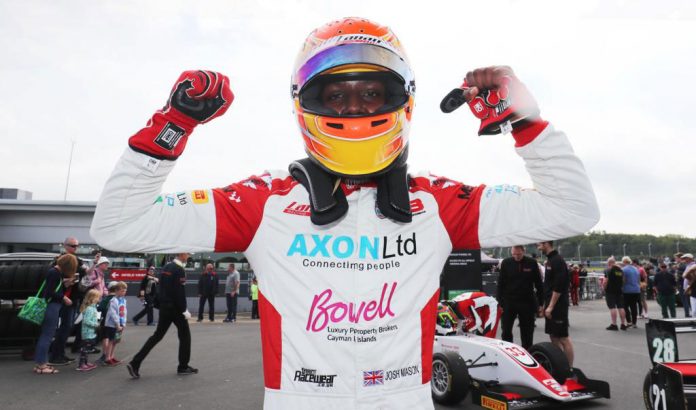 Josh Mason, who spent much of his childhood in the Cayman Islands, won his first race of the year in his RE/MAX Bovell Team-sponsored F3 race car at the second British F3 Race at Donington Park in the United Kingdom on 23 June.

The 17-year-old race car driver returned to the British F3 Championship in 2019 with Lanan Racing for his second year and first full season of racing cars after a short karting career.

Mason began the race at third on the grid, and fought his way to the front to win the race. The race was round eleven of the 2019 BRDC British F3 Championship season.

“This will definitely boost my confidence, but there is still work to be done. This is a big win for me and definitely picks me up. I need to keep focusing on developing myself as a better driver,” Mason said in a press release.

“Josh is an incredibly talented driver, especially at such a young age,” said James Bovell at the Bovell Team at RE/MAX Cayman Islands. “His dedication to the sport of racing is outstanding and I have no doubt that one day we will see him competing in Formula One races.”