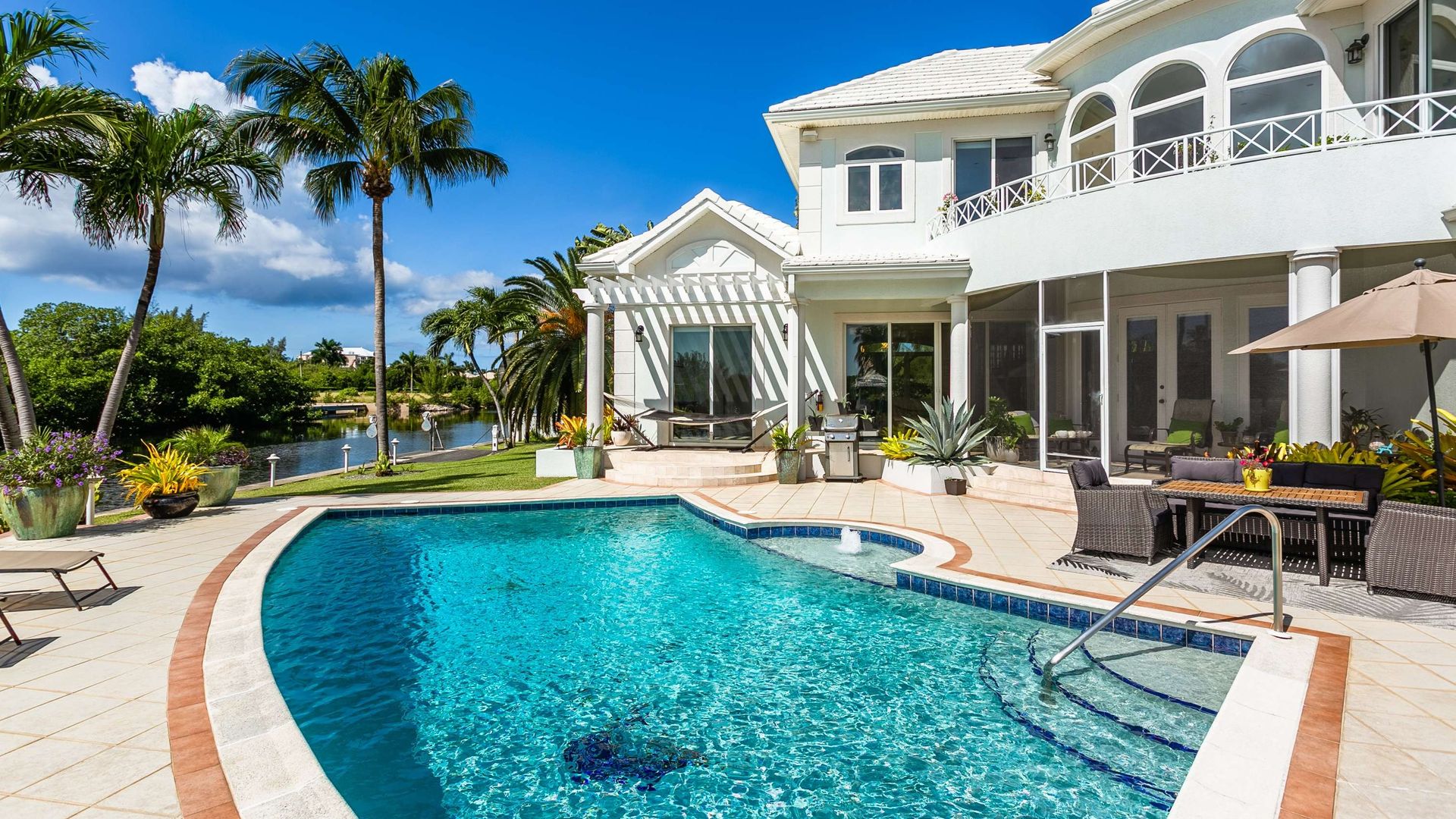 For those of you who were unable to attend, I thought I’d take this opportunity to provide a recap.

I began with some COVID-19 updates on the fact that the Cayman Islands has done incredibly in handling this pandemic.

The government also took time during lockdown to move ahead with several infrastructure projects, not least of which in importance is the extension of the airport runway. This was already scheduled to take place during the middle of 2020 and now we see it definitely on track for a mid-September completion, which is fantastic news. This will allow our airport to receive larger aircraft enabling us to open new direct routes, which are still to be announced.

There have also been a number of roadworks and improvements taking place which have been targeted to ease traffic flows.

Cayman is due to welcome a good number of exciting projects to market in the months and years to come, and thankfully they have shown no signs of slowing down. The Grand Hyatt is currently undertaking groundwork and the Hilton is coming along nicely as well, the two eventually adding a combined total of 400 rooms to our tourism product, which is great news. This is important not just for the tourism industry, but also from a real estate perspective because, what we’ve found when new hotels establish in Cayman, is that they equal to about three years of solid growth for the real estate industry. Hotel brands such as these heavily market to their customer base which draws new people to the Islands. Once they arrive, we have the opportunity to share all of the attributes of Cayman that has to offer which then leads to the opportunity to invest in property.

All private developments that were going ahead before lockdown are still going ahead, with approximately 78 new development projects approved. This means we have inventory for the next two to five years, also critical for Government revenues. There is a minimum of US$1.7 billion worth of developments currently in construction or pre-approved for construction stages, with US$750 million already sold off. An interesting transaction took place during the height of lockdown – the purchase of a US$25 million corner unit at The Watermark development, with two other units, also sold then. It is therefore not true to say that the market completely closed during the lockdown.

Condo prices have not dwindled and are at about the same price as before COVID-19, while some multi-million-dollar homes have been more flexible in their pricing with some reductions taking place, yet we’ve seen some really big sales in this sector this year. Condos on the beach have been a slim market for the past three and a half years and as such, we’ve seen continuous jumps in their prices. We’ve also seen a lot of movement in the sale of land, whether that’s at the lower end by people who have come into money through their pension payout, or large tracts of land further out east, possibly bought up for land banking for the future or being bought for development now.

A look at statistics

During my webinar (click to request the webinar link) I undertook a comparison of statistics taken from the MLS, looking at movement in the real estate industry from January to the close to the end of July 2020, comparing that with the same period in 2019.

Last year there were a total of 1,484 listings during that timeframe at a value of US$1.6 billion, compared with 1,526 listings this year to a value of US$1.8 billion this year. Listings were up 3%, while value was up 8.5%, which means the average price of the property put on the market this year has increased on last year.

New listings have been fairly consistent, year-on-year. The number of new listings this year is a little soft, but we saw a spike in June, which is understandable because it appears that there were a number of properties that were due to list but were prevented from doing so during the lockdown, which ended in June. At the same time, we have seen values drop by 14.7%, with numbers dropping off during the lockdown period. For example, in April we saw 89 new listings to a value of US$39 million versus 82 new listings in April 2019 to a value of almost US$100 million.

The number of pending transactions, i.e. those which are ready to move on to closing and have already met all the required criteria, has sky-rocketed, increasing 176% on last year. In January, February and March we saw much higher numbers of pending transactions on the market as compared with last year. Those numbers were a little off in April, increased in May, and were flying in June, again, understandable as there were a number of properties under contract immediately as we came out of lockdown, causing this reaction.

That said, there were a number of lost transactions due to COVID-19, with approximately US$132 million in lost sales. In fact, there was a 39.5% drop in sales, year-on-year, with the lockdown period alone making up the bulk of that figure. There were also a few people who walked away from their deposits while a few people didn’t meet the requirements for the purchase.

One of the most important things a country can do to help stimulate the economy, get it out of a slowdown and create activism within the marketplace is to reignite the real estate industry. In a lot of countries, the real estate sector has been deemed so important that construction and development were one of the few industries permitted to continue during their lockdown.

There is a great deal of interest in investing in Cayman right now. We are seeing an increasing number of people coming from overseas wishing to relocate here. Not only that, but we are seeing more people locally looking to relocate further out east. New buyers to the market, due to lower interest rates, pension monies being wisely invested and reliance on real estate for investment growth, all adds up to a strong and buoyant market as we make the move out of lockdown and back into normality.

All in all, the above looks very promising. As we sit at the 20th of August, we are already at 36 units sold with a volume of US$27 million with 81 pending valued at $37.6 million. I am very excited about where the market is and I’m looking forward to the future.

As always, if you have any real estate questions or are looking to sell or purchase property, please don’t hesitate to contact anyone at the Bovell Team at RE/MAX Cayman Islands at +1 345-945-4000.