Here is a list of issues with George Town revitalisation 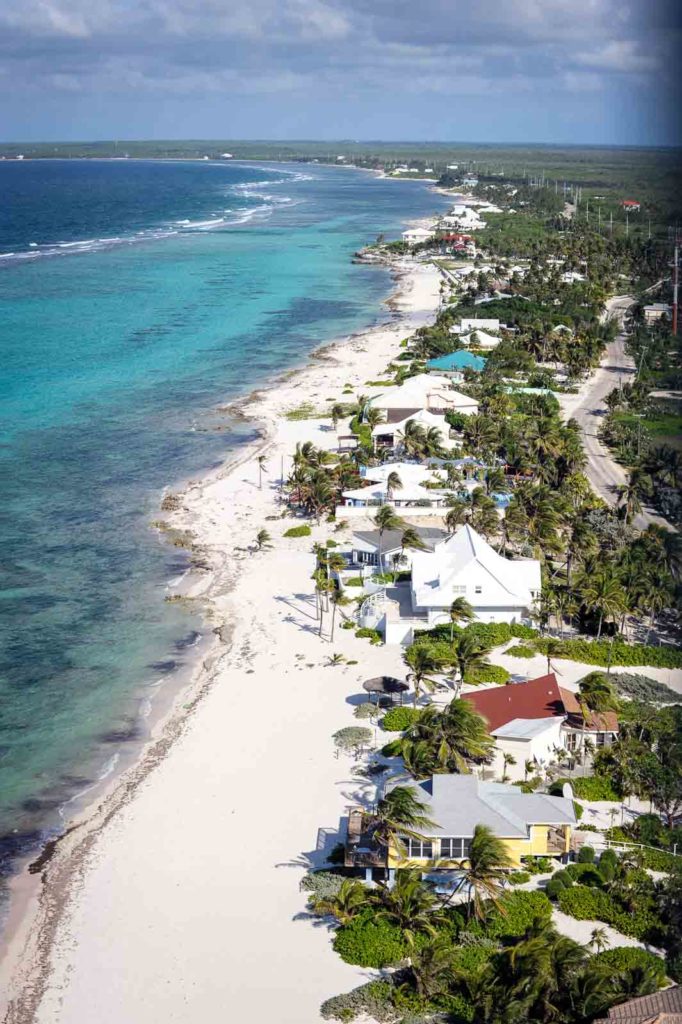 The recent RICS Cayman Property and Construction Conference had some interesting points for discussion, especially the plans of the revitalisation of the centre of George Town, to which I would like to add my own perspective. I believe that, in order to attract people to live in George Town, you must think about how people live in cities around the world.

Even though families who live in cities like London and New York, and smaller ones, most likely have very little in the way of a private garden, they stay there because they have access to great outside amenities within walking distance, such as the water and some great parks. Access to these types of outdoor places is a very important part of a city’s overall design and I hope that Cayman’s designers build these factors into their plans for George Town.

I have a number of other concerns with the George Town revitalisation plan, one of which is that I hope the designers don’t succumb to a “build it and they will come” mentality. It’s very important that the designers carefully consider exactly who their demographics are when it comes to central George Town residents. I know that the issue of parking was addressed at the conference and that it was suggested that there is a maximum number of car park spaces per development rather than the existing minimum.

Ultimately, I don’t believe the issue will be solved in this proposed revitalisation way; rather we need to build up a far better public transport system that means people don’t need to drive into central George Town in the first place. Consideration then needs to be made for school pick-ups and drop-offs, which contribute greatly to the traffic congestion in and around town.

I am also concerned about how we actually get developers to come into central George Town with new building projects because the price of land there is so expensive. Land costs are not cheap and establishing a large project in downtown George Town is likely to burn a great deal of space, and need for capital let alone amassing the needed space to facilitate this type of redevelopment will be a big responsibility for the infrastructure.

If I sound negative on this issue I don’t want to be, I want to view it in a positive light; however, I do believe there are some fundamental issues that need to be carefully addressed before the project moves forward.

Hearing John Hughes, Former RICS Global President, speak about the global pressures affecting the real estate industry in the years to come to all made sense as far as I am concerned, in that the global market appears to remain strong for 2019 but may take a downward decline in 2020. I agree that’s likely to happen on a global scale but I do believe that the Cayman Islands real estate industry is in an unusually strong position.

I’m not sure if that is due to exceptional luck, however, I would rather associate it with the good decisions made by Cayman’s forefathers, such as creating services on the island all those years ago that was not happening anywhere else in the world. Cayman is in a very interesting place where it is very well positioned to be able to sustain a drop in the global real estate market.

This is a very small market and it doesn’t need a huge amount of activity to bolster itself. The amount of development planned and coming up in the pipeline will carry these islands for a long time, in my opinion. I don’t believe therefore that Cayman will be impacted like other countries. The largest impact and potential for the continuation and growth of our real estate industry is within the local market (persons residing in Cayman). This is due to the population growth that Cayman has been enjoying over the last few years and looks to continue, as we have about 2500-3000 people per year.

The fact that Cayman has multiple successful strands to its economy – financial services and tourism being the main two, with development and real estate being a close third – means we have a solid base from which to grow. That said, I am still unsure as to how much of the increasing tourist arrivals are still due to the devastation of the eastern Caribbean by hurricanes two seasons ago.

We have found that many people who come to Cayman as a result of being diverted away from these islands decide they would rather be in Cayman than elsewhere and have purchased in a number of cases. But we must be cognisant of the fact that at some point these countries are going to come back online and when they do, they will be rebuilt, with brand new products for their visitors. In that case, Cayman needs to have its A-game in place to ensure we can continue to compete.

I would love to hear your option about the George Town revitalisation proposal. Read my other opinion and investment-related posts on the website.