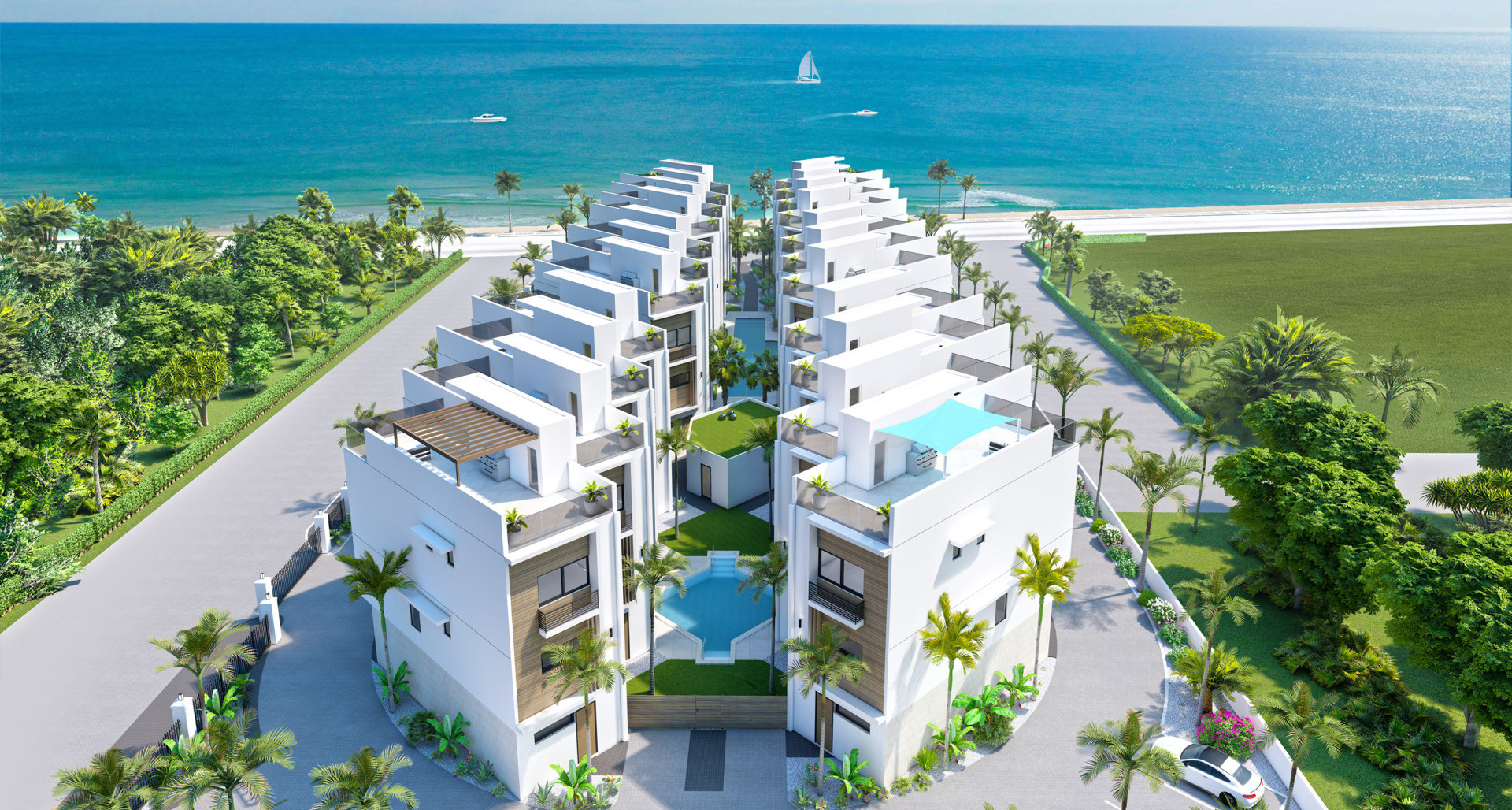 As housing prices continue to climb not only in the Cayman Islands but on a global basis, some countries have implemented new regulations with respect to foreign investment in real estate in hopes to curtail sky-rocketing real estate prices. Unfortunately, it is not as simple as saying foreign buyers cannot buy real estate in countries they are not currently a citizen or resident of. In the Cayman Islands, the knock-on effect of making such a blanket change would have a huge impact in almost every aspect of our lives.

I thought I’d take this opportunity to highlight a few examples that have recently occurred on a global basis which as you will see are more conservative when looked at more closely, as well as examine how drastic changes could negatively impact the Cayman Islands as a whole.

Foreign ownership in other Caribbean countries

There are no restrictions on foreign real estate ownership in Turks and Caicos, St. Vincent & Grenadines, The Bahamas, Aruba, St. Lucia, Anguilla, British Virgin Islands, and St. Barth, among others.

In fact, there are no restrictions in Bermuda where real estate is extremely limited although there are substantial fees.

“To buy property in Bermuda, one has to obtain an Acquisition License from Bermuda’s Ministry of Labour and Home Affairs. The Acquisition License fee is at 15% of the purchase price for condominium units, and 22% for houses. Also, the property in question should have an Annual Rental Value (ARV) of at least US$153,000 or greater for houses, and at least US$32,400 for condominium units. The required minimum ARV is determined, and regularly assessed, by the Bermuda Government. Property falling under this category may only be purchased by a foreigner if it is being sold by a Non-Bermudian owner.”[i]

In April 2022, the Canadian government announced that it will “ban foreign investors from buying homes in Canada for two years in a bid to cool off a hot housing market” where the benchmark home price is up more than 50% over the past two years[ii] Now “ban” is a pretty strong word given that there are multiple exemptions for permanent residents and foreign students.

“I don’t think prices are going to fall as a result, though I do think it takes away at least some of the competition in what is the most competitive market in Canadian housing history,” Simeon Papailias, founder of real estate investment firm REC Canada. “I don’t think a two-year band-aid is going to have an impact on what’s a fundamental lack of supply.”[iii]

In March 2022, the province of Ontario announced the non-resident speculation tax on real estate would be moved to 20% from 15% effective immediately. A real estate agent out of Toronto is quoted as saying “Everyone in the industry…is well aware this isn’t going to affect the market.”[iv]

Amid widespread criticism of skyrocketing house prices in the country, which has hit Turkish nationals the most, the government recently raised the amount that foreigners must invest in property to become eligible for citizenship.

“Any foreign national who buys real estate worth at least $400,000 — raised from $250,000 in the previous legislation — can get Turkish citizenship. The money should be deposited to a Turkish bank, and the house should not be sold for three years.”[v]

The Turkish government believes that the purchase of housing by foreigners is expected to ease their widening current account deficit and support the real estate sector, as well as construction companies.

The Turkish government made the move of raising their real estate requirements for foreign nationals buying in Turkey which they feel will help boost the real estate and construction industries, which is very important to note.

The Impact in the Cayman Islands

In the Cayman Islands, right now, there are at least 780 housing units in the MLS (single family homes or condominiums) that are either in construction or pre-construction, ranging in prices from $250,000 to $12,000,000 each. This doesn’t include those developments that are in the early planning or development phase or are not in the MLS system.

Given the scope of many of these projects, it is not uncommon for a larger development to take 7+ years from initial concept to final completion. Introducing new regulations with substantial foreign investment restrictions in real estate would have a negative economic impact on all aspects of Cayman society.

Two years ago, thousands upon thousands of people left the Cayman Islands when our borders were shut. At that time, as was happening on a global basis, the world came to a complete halt. With respect to real estate, much of the construction industry shut down, at first sales slowed down, but prices continued to rise.

The last thing we want to do is make a quick decision about foreign investment in real estate in the Cayman Islands that undoubtedly will have a long-term impact on our country as a whole.

Just think about it. If even 20% of these 780 housing units were to stop being built it would not only not help bring down real estate prices, but it would in fact have the opposite effect with even less inventory hitting the marketplace effectively driving prices further up. This type of stoppage would impact workers in every field related to construction from workers to architects to surveyors to government workers, and so on. Many people could immediately be out of jobs.

Much like when our islands shut down at the beginning of COVID, many people could leave our islands. All of this has a domino effect. This means people who own rental properties will not be able to rent them, almost every business will not need the same levels of employees as so many people have left and so on.

The reality is increasing interest rates, which have already happened this year, and are projected to increase as the year progresses to help counteract inflation will have an impact on the real estate market both in the Cayman Islands and globally. As to how much of an effect, this is still to be seen. Who would have anticipated a housing boom during a worldwide pandemic!

The Washington Post just published an article on May 23 wherein they interviewed RE/MAX CEO Nick Bailey about the future of real estate. In the article it states that the U.S. housing market is slowing as would-be buyers struggle with rising borrowing costs and a persistent shortage of properties for sale.

In the article Nick Bailey stated, “we have a shortage of homes. We have pent-up demand. I think this is going to be fairly slow to transition to a buyers’ market, but I don’t think we’ll necessarily hit a full buyers’ market because of the shortage and the demand. It started off to be a much hotter year in the industry than most anticipated, but I do think that in the second half of this year we’ll start to see inventory levels go beyond just one month. I think we’ll start to get to between two and three months of inventory by the end of the year, with the stabilization of both prices and interest rates. I think that’s what we’re going to see, not a buyers’ market by the end of the year, but maybe a little bit more equilibrium.”[vi]

We are in a unique position in the real estate industry right now, which I’m not sure we’ve ever seen in the past. We are coming off a global pandemic where it seemed that everyone has or is still re-considering how and where they’d like to live. We have younger buyers entering the market sooner and soon-to-be retired people making real estate changes sooner than they originally planned. In the last two years we probably had more locals investing in Cayman real estate than ever before. We also have increasing interest rates the likes of which we haven’t seen in years.

Any drastic changes to our current foreign investment policy with respect to real estate in the Cayman Islands would definitely have a negative impact on our entire community that could put real estate developers out of business, have current projects in development go bankrupt, and most likely these effects would be felt for many years to come.

We do need to address the need for affordable housing in the Cayman Islands, and it needs to be a partnership with government and the private sector. We are not alone in this, and many countries are grabbling with the same issue. Unfortunately, this is a much bigger subject which I’d like to address in a future article.