Affordable Housing in the Cayman Islands 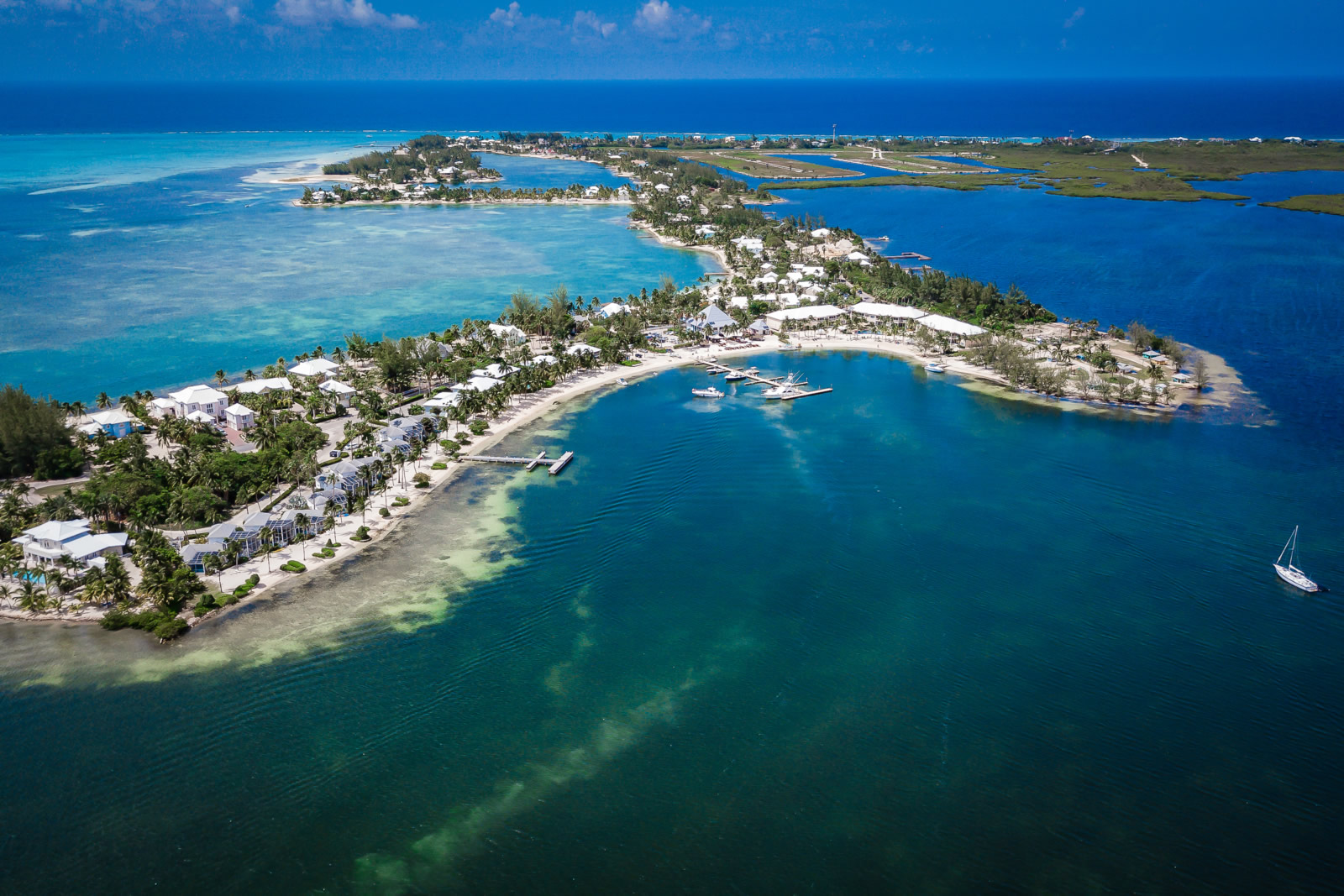 As inventory levels for housing in the Cayman Islands remain at record lows, the demand for housing, as I’ve addressed in several articles, is outweighing the available properties that are currently for sale. Undoubtedly it is a seller’s market and prices are continuing to rise.

The issue of affordable housing is not just something we are facing in the Cayman Islands. It is a worldwide challenge that every developed country faces. In fact, in 1937 the United States introduced the U.S. Housing Act which sought to address the housing needs of low-income people through public housing.[i]

On a daily basis, headlines from countries around the globe are focused on affordable housing from “White House Touts Factory-Made Homes as Affordable Housing” to “Affordable Homes: Lagos Provides 4,896 Units to New Homeowners” to “Canada Bans Foreign Home Buyers for Two Years to Cool Market”.

In this article, I thought I’d share some thoughts on affordable housing in the Cayman Islands, some plans that are already in the works, as well as some additional ideas that other countries are already implementing.

What is affordable housing?

Housing is a basic human right. Everyone deserves to have the opportunity to purchase property, especially in their own country, but we are not New York City and do not need, or I’d argue, want large government funded housing projects to go up. When speaking about affordable housing, I want to stress making housing affordable to everyone.

Cayman is not alone

A study conducted in 2018 revealed that “of 200 cities polled around the globe, 90% were considered unaffordable when applying the widely used standard of average house prices being more than three-times median income.”[ii]

Building a down payment

One of the biggest challenges facing first time home buyers is coming up with the funds needed for the closing costs. The reality is it takes the average person a long time to save the down payment for a home. In this US, it takes an average of 6 ½ years to save the 20% down payment.

Unfortunately, what is happening now is that those funds are becoming larger and larger as each month goes by due to the combination of rising property prices, much of which is due to overall inflation and the implementation of higher interest rates, which I believe will continue to increase throughout at least the rest of the year.

Prices aren’t just going up because sellers want more money. As you’ve seen when you fill up your car at the gas station or head to the grocery store, prices are up across the board. This also includes materials to build new homes and apartments. As the cost of construction materials and labour increases the cost of new housing developments will continue to rise.

Stamp duty to be lowered for Caymanians

In the debate, MP for George Town West, David Wight commented “we are having to pay more for the electricity we use in our homes, more for the gas we put in our cars and more for the groceries we buy in the stores. These are not luxuries but represent everyday spending on those items we need just to get by.”[iii]

The private members’ motion recommended that the zero-duty thresholds for first-time Caymanian homebuyers be extended to $200,000 for land purchases and $500,000 for houses or apartments. Any amount exceeding these limits would be subject to a 2% stamp duty fee. When a property is transferred to joint buyers the thresholds would be $350,000 and $600,000.[iv]

The motion also included that all Caymanians, who are not first-time buyers, should pay only 5% stamp duty versus the previous 7.5% and that all non-Caymanians will continue to pay 7.5%.

Finance minister Chris Saunders accepted the motion, saying it was unanimously supported by the government but said that the thresholds proposed by the Opposition were not high enough and that government was looking at higher limits.[v]

The reality is that the market ultimately dictates pricing. If something is priced too high, it will not sell regardless of the price range that property is within from a small tract of land in East End to a multi-million-dollar condo on Seven Mile Beach.

During the same debate in government that discussed stamp duty changes for Caymanians, Finance Minister Chris Saunders indicated that a first land initiative is planned in East End, where land is currently being subdivided. In that district a land plot of almost 10,000 square feet will be sold at affordable prices of between $25,000 and $30,000 to buyers that meet certain criteria, he said. The initiative would then expand to all three islands.[vi]

As of today, the Cayman Government offers two residency options for individuals who purchase real estate in the Cayman Islands.

First is the Residency Certificate for Persons of Independent Means which is valid for 25 years and enables individuals and dependents to reside in Cayman without the right to work. Individuals must invest a minimum of US$1.2 million of which at least half must be in developed residential real estate in Grand Cayman.

The second is the Certificate of Permanent Residence for Persons of Independent Means wherein the holder and qualifying dependents have lifetime rights to reside in the Cayman Islands without the right to work. Individuals must invest a minimum of US$2.4 million in developed real estate in the Cayman Islands. This option also offers a path to naturalization as a British Overseas Territories Citizen once the applicant has been legally and ordinarily a resident in the Cayman Islands for five years.

In the same government discussion that address stamp duty for Caymanians, the Cayman Compass reported that other factors were driving up land prices. “Demand for properties was, for example, kept high by a permanent residency point system that requires owning property, as well as land banking. He said that forthcoming government measures will exceed what is being called for by the Opposition, and not just in terms of stamp duty waivers and concessions.”[vii]

Based on the above statement, I believe that changes could be made with respect to residency options for individuals who purchase real estate in the Cayman Islands. Although I do not expect them to be completely removed, I do anticipate that the minimums could be raised, and restrictions placed on the type of real estate these individuals will be allowed to purchase especially when it comes to land banking.

Affordable housing developments – rent to own

We cannot solve the affordable housing crisis by solely blaming foreign investors, which only make up a small percentage of overall property ownership in the Cayman Islands. I strongly believe that the government must partner with the private sector to build a variety of affordable housing options for Caymanians.

As mentioned above, it can take years to build up enough funds to purchase a home especially for first-time home buyers. In fact, it took me over 5 years to save the money I needed to purchase my first home and even with that I needed help from my family.

One option that may help ease this burden is a rent-to-own development where tenants could use a portion of their rent to offset the cost of purchasing a property in a specific development down the line.

This type of program is offered in Canada within a master-planned community of multiple types of residences. This development has also partnered with the local government who is partially funding the initiative with a subsidy to the developer, which will go directly towards the deposit for an individual buying a residence.

In this development, 25% of each month’s rent can be accrued towards the purchase of a residence to a maximum of 5% of the value of the home.

Many larger cities have programs for low-to-moderate income earners wherein there are dedicated housing options with rents equal to, or lower than, average rates in the private market. These housing providers, often subsidized by the local government, have specific requirements such as residency status and income levels.

The path to homeownership is not the same for everyone. People have different goals from a place to build a family to a place just for themselves. The biggest challenge for many is getting on the homeownership ladder.

Affordable homeownership programs are available in many countries wherein they put homeownership in reach for middle-income citizens. The idea is to put less down, pay less monthly and own your own home.

Eligible homeowners only need a 5% down payment which then equates to 15% down with the combined 10% government second mortgage.

Buyers do need to pay the government mortgage back but only when their sell their home in the future. Buyers also need to qualify for the program however in this case, gross household income cannot exceed the 75th income percentile, which is quite high.

Finding housing, let alone affordable housing, is a challenge in many parts of the world. Some areas are now allowing what has been called garden homes to be built on plots of land with existing structures. Homeowners are being allowed with government approval to construct detached homes in their backyards for long-term rentals or as in-law accommodations, to help alleviate the housing crunch.

There are restrictions on the size of the structure that is built depending on the size of the parcel of land, existing structure, and location, but many of these homes have provided an additional source of revenue for the landowner as a rental suite or as a second home for family members such as adult children or parents who may be getting older.

In fact, many buyers are taking note of the program basing their real estate buying decision in part on the possibility that the property could accommodate the garden suite.

RE/MAX corporate just highlighted this trend in a TV commercial they are running in the U.S. which can be seen here.

These are just some thoughts and ideas about making housing affordable to all Caymanians, which are currently available in other parts of the world. These are by no means the solution to the problem of affordable housing in the Cayman Islands.

As I stated in my previous article, I do not believe that “banning” foreign investment is the solution to the problem of affordable housing. I do believe that making housing affordable to all is important to our country and its citizens and that this should be a multi-faceted approach with a variety of different options for people to take on their road to homeownership.

Reducing stamp duty paid by Caymanians is just one of those options, but I believe that this alone will not solve the problem which many countries have been wrestling with for decades.

Whatever decisions our government makes in this regard need to be carefully thought out to address the challenges we face today as a country and in many years to come.