What is a housing bubble? Are we in one? 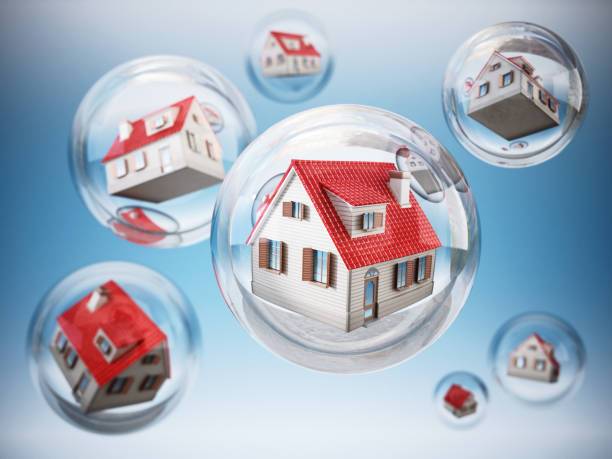 To buy or sell now or not to buy or sell now? That is the question. Some of the most common questions I am currently being asked are “where is the real estate market heading” and “are we in a housing bubble and if so, will it burst”?

What is a housing bubble?

You’ve probably heard the term “housing bubble” but what exactly does that mean.

A real estate bubble, also referred to as a “housing bubble,” occurs when the price of housing rises at a rapid pace, driven by an increase in demand, limited supply, and emotional buying. Once speculators recognize that housing prices are on the rise, they enter the market, further driving up demand.

These bubbles are caused by a variety of factors including rising economic prosperity, low interest rates, wider mortgage product offerings, and easy access to credit.

The US housing bubble burst of 2008

On September 29, 2008, the stock market crash was the biggest single day drop in the history up to that point. The aftermath of this catastrophic financial event wiped out big chunks of Americans’ retirement savings and affected the economy long after the stock market recovered.[i]

The stock market crashed in 2008 because too many people had taken on loans they couldn’t afford. If you lived in the US at this time, it felt like getting qualified for a mortgage was as easy as going through a Starbucks drive through. Mortgages, and credit itself, was easy to get and the amounts that people qualified for were way above what should have been allowed.

In the United States particularly, if you were house hunting before the market crash of 2008, you could choose between an array of loan products to keep your payments low such as an interest-only loan, a “choose-your-own-payment” loan, a balloon payment loan, or an adjustable-rate mortgage (ARM) with an extremely high cap. If your credit score was low, you didn’t have money for a down payment or your income was erratic, you could get around all those obstacles with a no-documentation loan, sometimes for as much as 125% of the home value.[ii]

Easy credit and rising home prices resulted in a speculative real estate bubble, but when the market crashed, there were definite signs much earlier that something was amiss.

In the late 90s, the Federal National Mortgage Association began its crusade to make home loans accessible to borrowers with a lower credit score. Lenders who extended home loans to high-risk borrowers offered mortgages with unconventional terms to reflect the increased likelihood of default. The relaxed lending standards fuelled the housing growth and corresponding rise in home values. People with bad credit and little-to-no savings were offered loans they could not afford.[iii]

Housing prices continued to increase, and this increased home equity which offset bad debt build up. If a borrower defaulted, banks could foreclose without taking a loss on the sale.

But in 2007, the housing market started to decline. Homeowners now found themselves “upside down” on their mortgage meaning they owned more than their home was worth. Then came job losses, increasing mortgage payments, and loss or substantial decline in savings especially retirement savings which all contributed to the burst of the US housing market.

It is estimated that in the US homeowners’ loss was up to $16 trillion in net worth and 10 million people lost their homes due to foreclosure.[iv]

Are we in a housing bubble?

For a housing bubble to burst, there needs to be a steep incline in inventory and new listings, and a decline in demand. While the demand side of the equation seems to have eased from 2020 and 2021, supply levels are still far from the flood needed to pull the real estate market into a tailspin.

I believe this is not only true for the Cayman Islands market but for the US as outlined in my previous article, where the US is short some 4 million homes.

It all comes down to inventory. This is quite reversed as we are short of inventory in many areas of the market whether in the high or low end. We have demand which will continue going forward as Cayman still draws more and more people to its shores for all the same reasons we’ve mentioned in previous articles.

It is also important to keep in mind that unlike 2008 and earlier, home buyers are in a different world. Pre-crash loan products are mostly gone, buyers need to fully document everything and must meet minimum down payment requirements.

Right now, in the Cayman Islands real estate market we are in a unique situation. Our inventory has started to slowly increase, and prices are continuing to go up. I believe that transactions will continue to slow down, which is our response to any historical crisis that has affected the market, and there will be a slowdown in rate of the annual appreciation of the last couple of years. This isn’t something new but more of a return to the traditional curve we’ve seen in the past.

Several of the new developments that have been under construction through COVID will soon be completed adding new units to the market especially in the rental area. On the other hand, the start of new developments either from a planning perspective or a building perspective have substantially slowed down which means we won’t have new inventory hitting the market as we have had in the past. Every month that this is off is going to create another month of accumulated demand which exasperates the situation. This is especially true for lower priced housing, which is in high demand now and will continue to be in the future.

We also must remember that our tourism numbers especially with respect to air arrivals are nowhere near where they were pre-COVID. As of May 2022, we’ve had 88,010 air arrivals to the Cayman Islands compared to over 232,000 during the same period in 2019. As I’ve mentioned several times, visitors directly translate into buyers. When these tourists start to return in larger numbers to our shores as we move through the third and into the fourth quarter of the year, we will see more interest in real estate directly from this sector.

But size does matter. The reality is the real estate market in the Cayman Islands is quite small compared to other countries.

The real estate market in the Cayman Islands is quite unique for a variety of different reasons.

Many of the people who own property in the Cayman Islands have bought those properties outright meaning they do not have a mortgage on the property. Many of these are used as second homes, investment properties or places people have moved to for retirement. When faced with an economic downturn such as the crash of 2008, many of these buyers have the luxury to ride out such changes in the economy.

Similarly, property owners in the Cayman Islands are extremely fortunate as we do not have to pay annual property tax unlike almost everywhere else in the world including many tropical, retirement, second home locations such as the Bahamas, the US Virgin Islands, and many others.

After the one-time stamp duty is paid on the purchase of a property, the fact that we have no annual property tax is a huge upside not only on a good day but when the market may soften. Many people, especially those who own their property outright, may not have to sell. They can ride out any slowdown, as we saw in 2008 when the US housing market crashed.

What does this mean? For people who own second homes or investment properties in the Cayman Islands, even if they themselves could not visit, were still the ability to generate income from their properties by renting out to tourists or to locals. This revenue stream often offset the “need” to sell, which may have occurred for some owners if tourism didn’t play such an important part in our country’s economy.

With all of this said, I do believe, as I stated in my previous article that we will see some slowdown in the housing market here in the Cayman Islands. Some of this is a traditional seasonal slowdown, some of it due to increasing interest rates, and a lot of it has to do with getting back to some type of “normal” after 2 years of a booming real estate market.

But I do not believe we are in a housing bubble that will burst. For us in the Cayman Islands, we weren’t in one in 2008 and although there was slowing in the marketplace, we did not see a “crash” as the US did. As outlined above, our market has a unique set of characteristics that help protect our market from such fluctuations. Besides, the Cayman Islands will always continue to appeal to new buyers. Everything that makes us so special, from our beaches to infrastructure to our restaurants to our climate and of course to our people hasn’t changed.

Previous Post
Real Estate Market Update: First Half of 2022
Next Post
How much does it cost to build a home in Cayman?