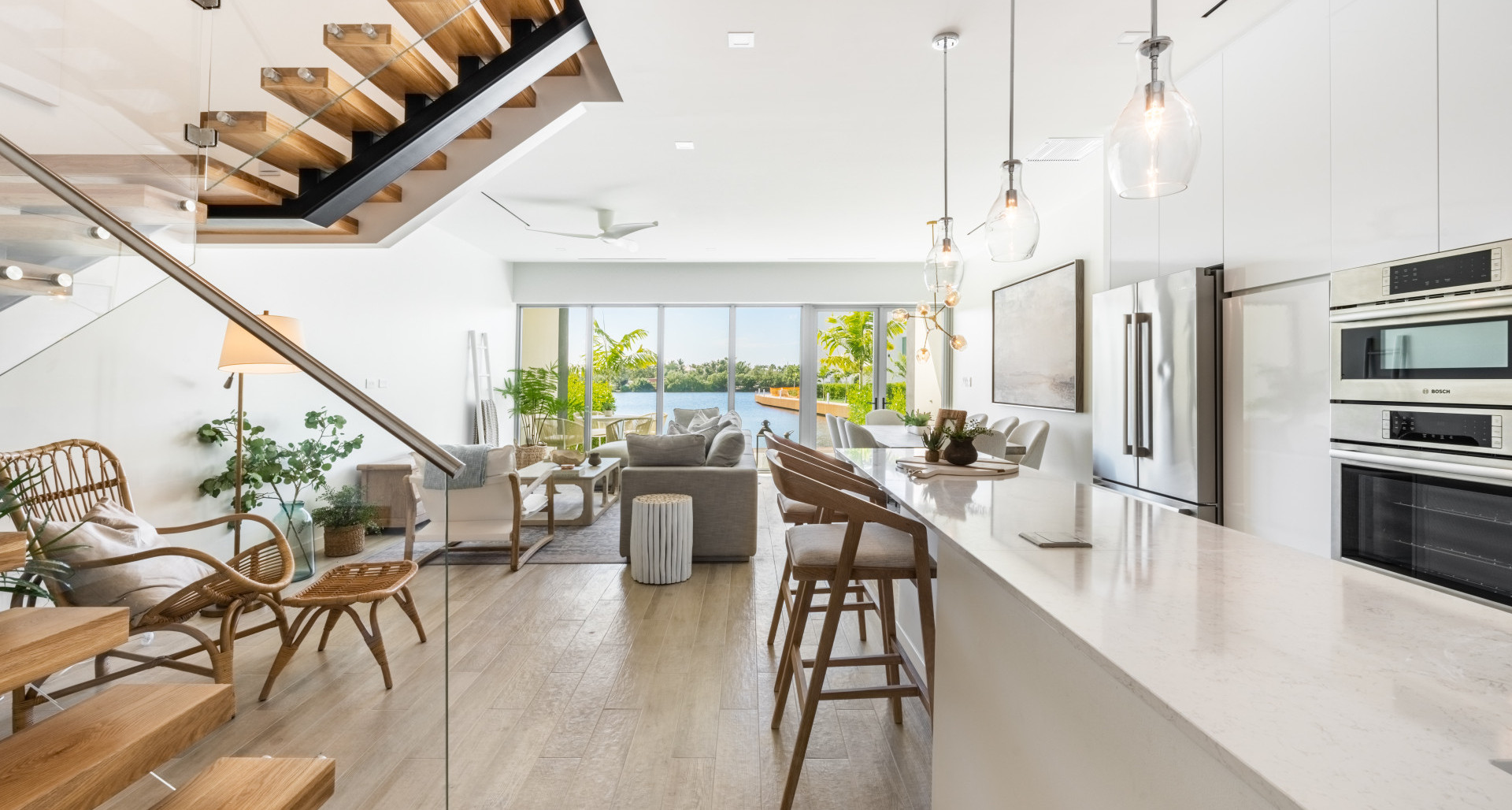 As several of my previous Cayman Islands real estate market reports have stated, the real estate market in the Cayman Islands, much like much of the globe, is booming and this trend is continuing into the beginning of 2022. In fact, now that our borders are fully opened, flights and thus visitors are returning to our islands we are seeing both increases in pending and sold transactions and volume.

I thought I’d take this opportunity to provide a recap of the Cayman Islands real estate market for Q1 2022 with respect to inventory, transactions, and volume, as well as provide some insight as to where I believe our market will be heading throughout this year.

With respect to inventory in the market, there are currently 1,535 active listings in CIREBA of which 577 are pending and 281 are pending/conditional which means there are only 677 listings available for sale, which is down from 688 at the end of Q4 2021, a 1.6% decrease.

What is surprising is that even though we had a substantial influx of new listings for the first three months of the year, primarily driven by new developments, inventory continues to decline.

Value of inventory continues to increase

In 2020 the monthly average of the inventory in the market was $1.75 billion, which increased to $2.09 billion in 2021. In March 2022, active listing inventory hit a record of $2.39 billion. The value of all inventory exceeded $2 billion in May 2021 and has continued above $2 billion ever since even though inventory numbers are reducing.

When you compare the numbers year-over-year for the same period this is good news. In 2019 we had only 182 sold transactions and this was high season in a pre-COVID world when we saw substantial growth in the market, but little did we know!

We had a boom in Q1 2021 as people were looking for save harbour in the Cayman Islands in what was, at that time, basically a COVID-free country. We had new buyers who purchased second homes, as well as people who took advantage of a more permanent switch to a work from home opportunity which enabled people to live anywhere including on a tropical island such as the Cayman Islands.

Sales are up – volume

The future of real estate in the Cayman Islands

There are several factors which are going to impact real estate in the Cayman Islands as we continue into 2022.

There will be new developments coming on the market throughout the year, but I believe the beginning of the year with 2 developments accounting for more than 115 new listings will be the exception and not the norm. There are approximately 125 residences at One|GT but as to how many beyond the original 82 that have already been released to market will be added to the MLS is still to be seen.

As the year goes on and more and more people buy pre-construction property both the number of pending transactions and the value of those will continue to increase. 202 listings went pending in the first quarter of 2022 which is up from 128 in Q4 2021, which is a 57.8% increase. When looking at pending volume this was $140 million for Q4 2021 and $267 million in Q1 2022, a 90% increase. In fact, $172 million went pending alone in March which was the biggest month in at least 3 years.

After years of record low interest rates, the reality is that interest rates are starting to tick-up. The US government approved a 0.25 percentage point hike in March 2022, which was the first increase since December 2018. It is not unlikely that the US Federal Reserve will continue rate rises coming at the each of the remaining six meetings in 2022.

Similarly in Canada, at the beginning of March, the Bank of Canada raised its benchmark interest rate by 25 base points to 0.25%, which was the first increase since before the pandemic began two years ago. It is not unexpected that additional rate hikes will be seen as the year progresses.

These rate increases will directly affect mortgage rates and coupled with increased inflation seen throughout the world, buying power especially when it comes to real estate will be stressed.

In summary, the Cayman Islands real estate market is doing very well. It is important to keep in mind that what we are seeing here is not uncommon. Inventory levels are low throughout the US and Canada, and they are seeing real estate prices increasing substantially in most areas. In fact, inventory levels are even lower in some US and Canadian markets than they are here. For example, for a Canadian city of approximately 400,000 people they have less than 1,000 properties currently on the market.

As inventory levels continue to see record low levels, it is not unrealistic to think that prices will continue to increase. The reality is it all comes down to supply and demand. As more and more people come to visit our islands now that the borders are open, coupled with the influx of new residents through work and permanent residents with independent means (semi-retired and retired people), this trend will continue.

I’ve had several customers who wanted to come down with the specific goal of buying property who haven’t been able to get here for the last two years. Now they are planning to head down. Some now, some this summer and many this fourth quarter. In fact, if you are looking to come and visit our sandy shores this Christmas holiday, you may want to book your trip now. In mid-February the Cayman Compass reported that The Ritz-Carlton, Kimpton Seafire, the Marriott, and the Westin were already 50% booked for next Christmas.

For those looking to invest in property locally whether it be foreign or local buyers the fact is that due to the lack of inventory and the prices trending upwardly it makes sense to act sooner than later. Give myself or my team a call at +1 345 945 4000.